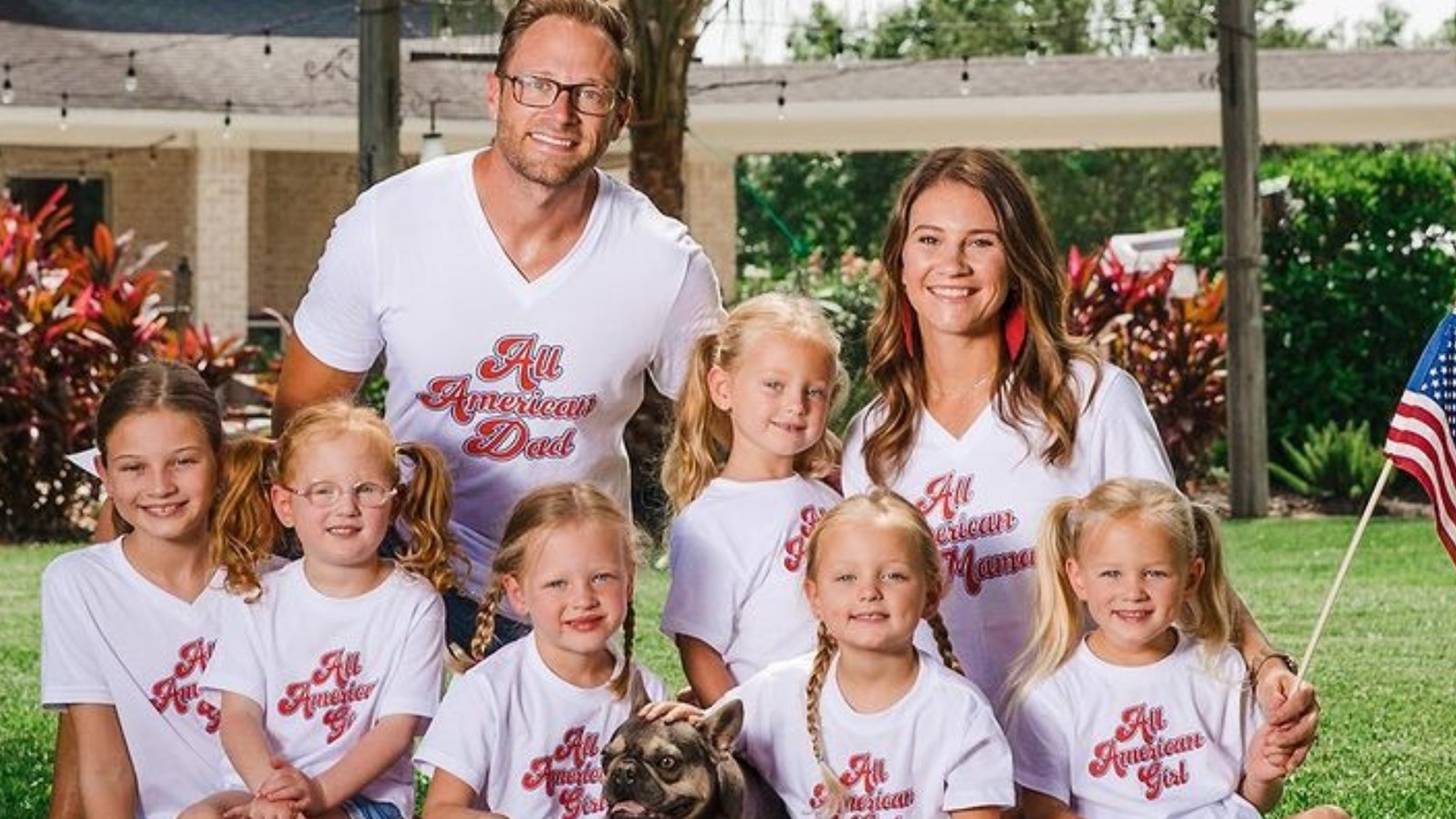 On the week before Halloween, Danielle Busby posted the photo seen here to her Instagram account, proving their family goes all in for the holiday. Giant spiders, webs, and skeletons join the pumpkins and mums on their front doorstep. In her caption, Danielle admitted that she was never into creepy décor until she married and had children; now it’s a major deal in their house. “It’s Adam’s favorite thing to do, scare and trick our kids!” she wrote. “I used to not like him making them cry while he laughed at scaring them, but now that they are older … I get a kick out of it now.” There is one seasonal tradition the “Outdaughtered” mom skips, however: “NO to haunted houses!”

Last year, Danielle posted a fun photo of the family dressed to thrill for the holiday. While the senior Busbys, Blayke and three of the quints were garbed in vampire, witch, skeleton, and sinister clown costumes, the other two went outside the theme and went as a princess and a unicorn. (Six out of eight isn’t bad.)

Not every fan is keen on the Busbys’ Halloween celebrations. When Danielle recently attended a moms’ event in which everyone wore witches’ hats, one follower worried that it was an un-Christian thing to do (via Instagram). But others quickly shouted her down: “Seriously, wearing a bedazzled witches hat for a Halloween gathering has nothing to do with the Satanic world! Give me a break!!”