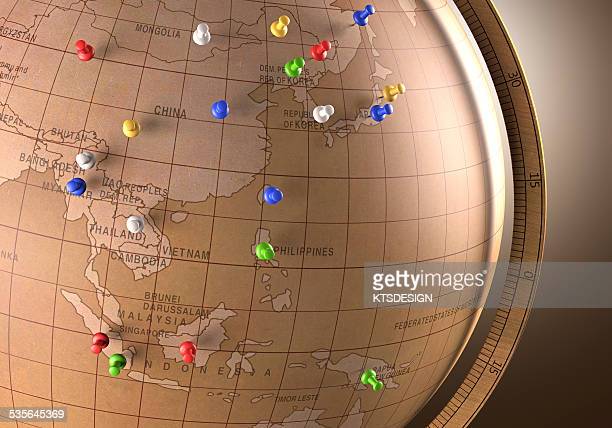 Southeast Asian startups to watch in 2022

As someone who covers Southeast Asia startups and funding stories, the best word I can think of to describe 2021 is “whoa!” This was the year that global investors not only started to pay close attention to the region’s tech ecosystems, but also began putting real money into them.

The Ken reported that American firms like A16z, Valar Ventures, Hedosophia and Goodwater Capital, were also setting up (or planning) regional offices as exits like Grab and Sea’s initial public offerings fueled interest in Southeast Asia’s startup ecosystems. A comprehensive report from Golden Gate Ventures also forecasted a record number of exits, due in part to an increase in B and C rounds.

I always feel a bit silly using the term “Southeast Asia” because the region is so large and complex. It’s the easiest option when I’m trying to be succinct, but Southeast Asia consists of 11 countries, and obviously there are huge differences between, say, Singapore, Myanmar, Laos, Vietnam, the Philippines and Indonesia.

As a global financial center, one could argue that Singapore’s startup ecosystem is in a category of its own when compared to its neighbors. And Indonesia in particular warrants special attention, as the fourth-largest economy in the world and the most populated Southeast Asian country with 273.5 million people. Both countries produced a fair amount of unicorns in 2021. In Singapore, for instance, Ninja Van, Carousell, Carro and Nium were among startups that hit unicorn status.

While Singaporean startups tend to focus on other Southeast Asian countries (or, in Nium’s case, the United States and Latin America), Indonesia-based founders, on the other hand, might have mid- or long-term plans for international expansion, but most of the ones I talked to plan to focus on expanding in the country for at least the next year or so. Not only is Indonesia very large, but it is also geographically complex, with more than 17,000 islands, of which about 6,000 are inhabited. Startups tend to launch in the Greater Jakarta area before expanding into other Tier 1 cities like Bandung and Surabaya but many are eyeing smaller cities, especially fintech and e-commerce startups.

A crop of investment apps, many aimed at millennial and first-time retail investors, raised small early-stage rounds at the beginning of 2021, only to quickly pick up much larger follow-on funding a few months later. Some examples include Indonesia-based crypto-focused Pintu, robo-advisor Bibit, Ajaib and Pluang, and Singapore-based Syfe.

While rates of retail investment are still relatively low in Indonesia, that number is growing because of increased interest in financial planning during the pandemic and the popularity of stock influencers, despite concerns about the legitimacy of some.

According to government figures, there are 62 million SMEs (small to medium-sized enterprises) in Indonesia, but several founders told me this is likely an underestimate, especially since family-owned businesses or solo entrepreneurs tend to be undercounted. Regardless of their exact number, SMEs, many of which use Excel spreadsheets or paper ledgers to handle their accounting, present a lucrative opportunity for tech startups.

Most notably, BukuWarung and BukuKas, two competing bookkeeping apps, both raised significant amounts of funding this year. The two startups are similar in that they are initially focused on helping SMEs digitize, but eventually plan to expand their product roster into financial services like working capital loans, using data users have already entered into their software to judge creditworthiness.

Some other startups that target SMEs include earned wage access and payroll management platform GajiGesa and Wagely.

People who live in Indonesia’s largest cities have a large choice of e-commerce platforms to chose from, but the selection is much less in more remote regions. This is partly due to a fragmented logistics infrastructure (but startups are also working on that, including SiCepat, Advoctics, Kargo and Waresix), which means it is costly and time-consuming to receive goods.

That is where social commerce startups like Super, Evermos and KitaBeli come in, hoping to replicated the success of Pinduoduo in China and Meesho in India. All focus on daily necessities like fast-moving consumer goods and food, and utilize the social commerce model to make the supply chain more efficient and affordable, since orders are made in batches by people who live in the same communities. In that sense, they can also be described as being at least partially logistics startups.

Startups that acquire small e-commerce brands, like Thrasio, have been attracting lots of funding in the United States and Europe for several years. But e-commerce aggregators took a little while longer to reach Southeast Asia.

This year, two e-commerce aggregators officially launched there with venture capital funding, and both raised follow-on rounds a few months later. While many e-commerce aggregators focus on Amazon sellers, Una Brands refers to itself as “sector-agnostic.” There is no dominant marketplace across APAC, so its developed a system to find brands across platforms like Tokopedia, Lazada, Shopee, Rakuten and eBay. On the other hand, Rainforest focuses on Asia-based Amazon sellers, but differentiates from other aggregators with its goal of becoming the online version of consumer goods conglomerate Newell Brands. With so many e-commerce sellers based in Asia, expect both Una Brands and Rainforest to grow, and other aggregators to launch.