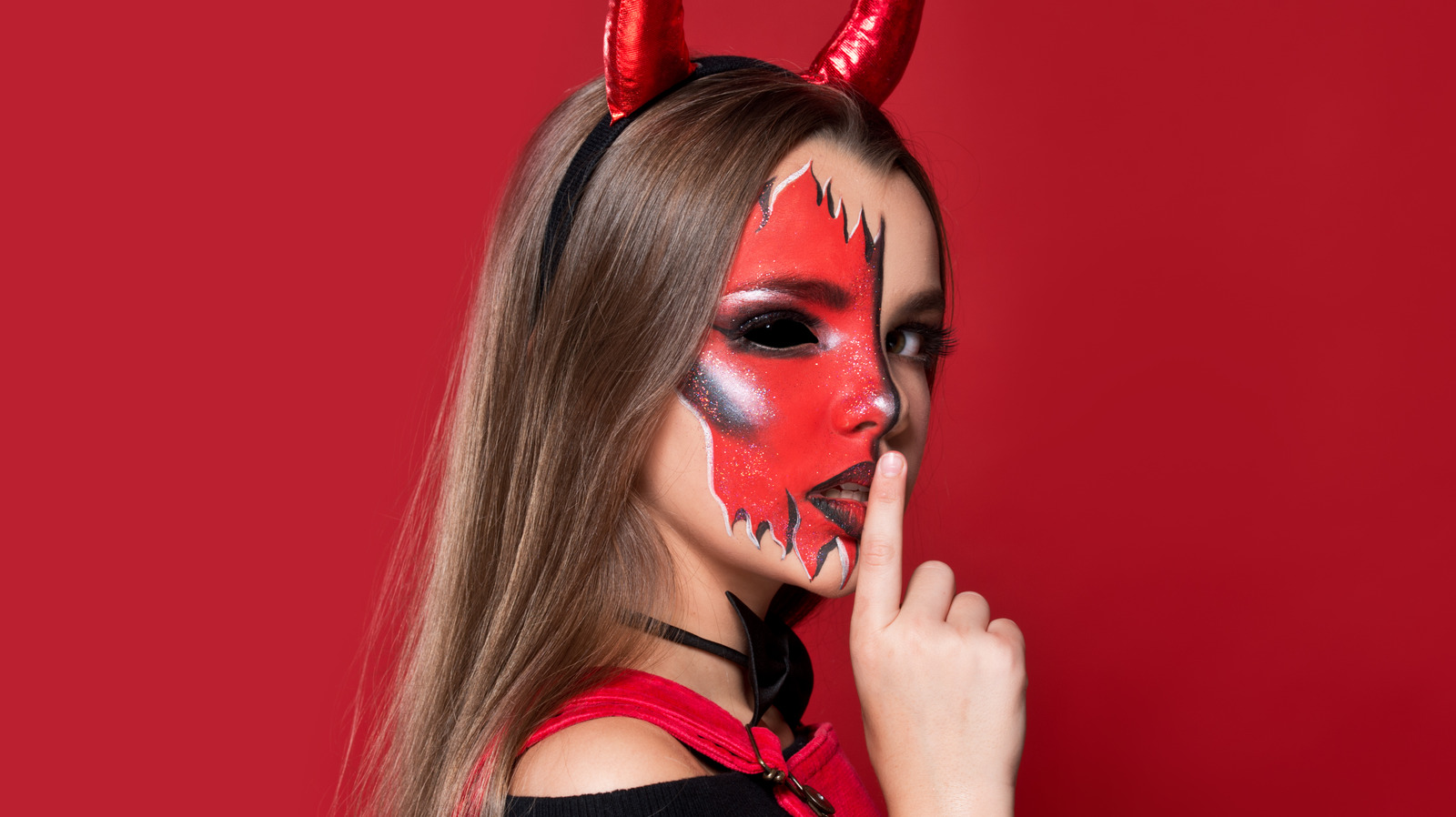 Some might argue that the perfect caption doesn’t exist for Halloween Instagram posts, but they might be wrong. Some of the best Halloween captions are simple puns that are strikingly effective. You could, for example, riff on Megan Thee Stallion’s iconic saying “hot girl summer” and caption your post with “hot ghoul Halloween” (via Country Living). Or you could opt for something like “get in, loser. We’re going haunting” or “I’m a haunt mess.”

Some captions work better in groups, while others work better alone. Still, the end result is a witty caption that will drive engagement to your post in amazing ways. Dressing as a witch? You could say “ghostest with the mostest” or “If the broom fits, fly it” (via Seventeen). You could even call yourself “the cutest pumpkin in the patch.” Are you baking on Halloween? In that case, you could caption your post by saying “witch way to the candy?”

Are you going out on the town as a group on Halloween? Good Housekeeping recommends using the caption “a real witch is nothing without her ghoul friends.” Furthermore, you could say you’re “having a boo-tiful night” or strike a pose and say “ready, set, ghoul!” After all, “ghouls just wanna have fun.”

At the end of night, just “keep calm and carry a wand,” or at least that’s another caption recommendation from Good Housekeeping. No matter which one of these captions you choose, just remember to have fun. Halloween is one of the most fun holidays of the year, and you deserve to have a fulfilling night!